THE TOP OF THE SHELF 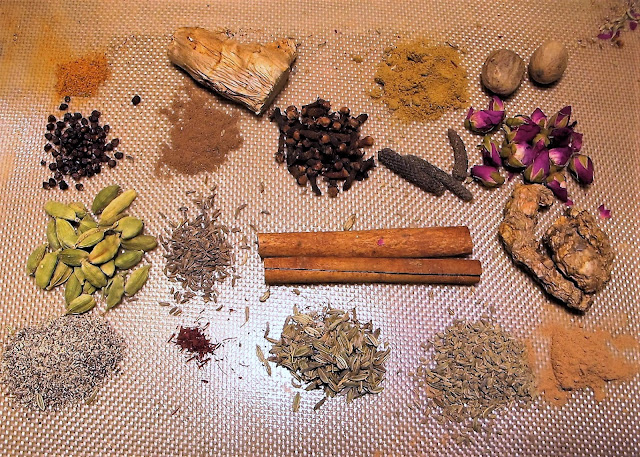 I already posted stories about tagines, one of my favorite dish, and more specifically about my first tagine, several decades ago, lost in the Moroccan middle Atlas (click here). Tagines are tightly associated with the spice blend without which a tagine would not be a tagine. I mean ras-el-hanout (also spelt raz-el-hanout). Spices are very important in the cuisine, the economy and the culture of Morocco and other Maghreb countries. You just need to walk in the spice market of a souk, in Fes or Marrakesh for instance, to measure the importance of this industry. Not mentioning the unique olfactory experience! In Morocco, ras-el-hanout is the top spice, or rather the top blend since, as curry, it is made of a certain number of different spices, from 10 to 30 or more. In fact, its name refers to that prominent position in the shop, as it means the top of the shelves, the signature product of each spice shop… Considering the strategic importance of this blend, you easily imagine that its composition is kept secret. This is why there is no one, ten or even 100 recipes of ras-el-hanout, but thousands and thousands of recipes, as many as there are spice shops in Morocco, and there are a lot in the souks of Marrakesh, Fes, Casablanca, Salé and other beautiful Moroccan cities… If you add the recipes invented or adapted by the dadas, those women traditionally working as cooks and nannies in the rich families, the number is even more considerable.

The recipe I share with you today, with 18 different spices, seeds, roots, flowers… is inspired from the recipe proposed by my friend Choumicha, a Moroccan culinary show host and blogger who was a judge in my Gourmet Voice festival a while ago. Although I adapted it a little bit, based on my preferences and availabilities of products, as a whole, I followed it quasi-exactly. For instance, I didn’t put coriander seeds and Cayenne, which I normally use to include in my ras-el-hanout and which is generally used as well. This composition is just a base, and it is up to you to adapt it, once again based on the spices you like and/or the ones you have…

In the recipe below, I indicate the ingredients that generally form the base of the blend are those that I qualify as “relatively compulsory”: cinnamon, ginger, coriander, cardamom, nutmeg, black pepper, turmeric, clove, cumin… and  those that are optional or can substitute to others, such as mace, cayenne, paprika, white pepper, rosebuds (but personally, I would make the latter compulsory as it brings some more than interesting flower notes to the blend)... I generally use ground spices, but when I can have whole seeds or roots, it is better as it gives more flavors although it requires more preparation. For the quantity, my measuring tool is a teaspoon, representing around 3 grams for most of ingredients. For the ingredients that are not under a powder form, such as seeds, sticks, buds, roots…  I use the quantity necessary to obtain 1 tsp. after the possible drying and the grinding process. Although some ingredients are obviously more difficult to find, I was able to order rosebuds, galangal roots, long pepper corns… through Amazon.

Honestly, this is not a difficult preparation as soon as you have the necessary ingredients. But before all, this is so much fun. I love to handle, weigh, process, smell… all those flavorful spices. For a while, I am walking through the souk Attarine, the spice market in the Fes medina… The power of odors!!! 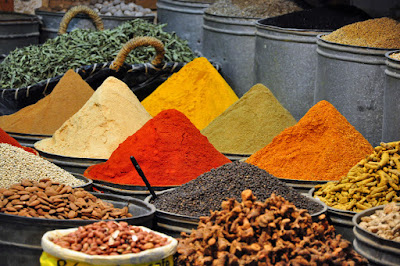 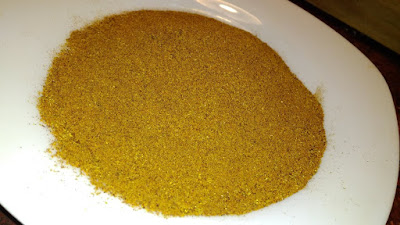