A STAGE*, A DISH: WALNUT AND CHOCOLATE CARAMEL PIE 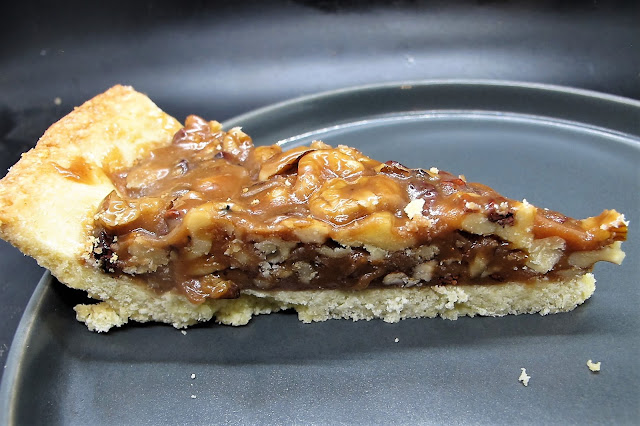 Yesterday’s stage finished in Villard-de-Lans on the plateau du Vercors.

The name Vercors irresistibly reminds of the maquis du Vercors, one of the most heroic and tragic episodes of the French Resistance actions during WWII. “Maquis” originally refers to a type of thick scrubby evergreen underbrush constituting a true maze for those not familiar with the area. Because of those “qualities”, maquis areas became some of the favorite sites to host French resistance groups. By extension, maquisards designate people who would be called guerrilleros in other areas and maquis the theatre of their feats. Thus, maquis du Vercors designated a rural group of the “French Forces of the Interior” (FFI) that resisted the 1940–1944 German occupation of France in World War II. The Maquis du Vercors used the prominent scenic plateau known as the massif du Vercors (Vercors Plateau) as a refuge. Initially the maquis carried out only sabotage and partisan operations against the Germans, but after the Normandy Invasion on 6 June 1944, the leadership of an army of about 4,000 maquisards declared the "Free Republic of Vercors," raised the French flag, and attempted to create a conventional army to oppose the German occupation. The allies supported the maquis with parachute drops of weapons and by supplying teams of advisors and trainers, but the uprising was premature. In July 1944 as many as 10,000 German soldiers invaded the massif and killed more than 600 maquisards and 200 civilians. It was German's largest anti-partisan operation in Western Europe during World War II. In August 1944, shortly after the battle for the Vercors, the area was liberated from German control by the American army allied with the FFI.

Yesterday, the Vercors was the theatre of a much more pacific battle with the win of… a German racer in Villard-de-Lans.

The Vercors and the whole département of Isère around Grenoble are famous for their walnut production. To such a point as à la grenobloise refers to a dish involving walnuts. I made this very decadent walnut pie inspired by a recipe seen on a TV program. Just read the composition of the filling: walnuts, of course, milk, sugar, honey, chocolate morsels, cacao nibs, heavy cream… and butter as a final touch! 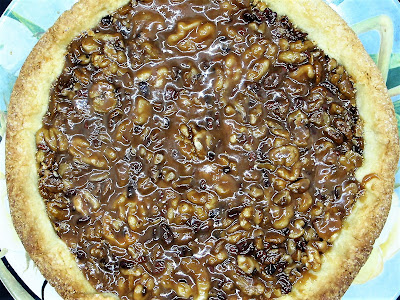 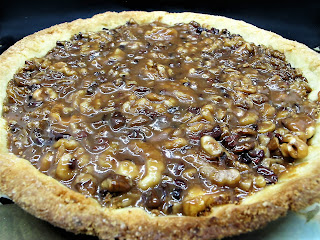