A STAGE*, A DISH: MUSSEL ÉGLADE 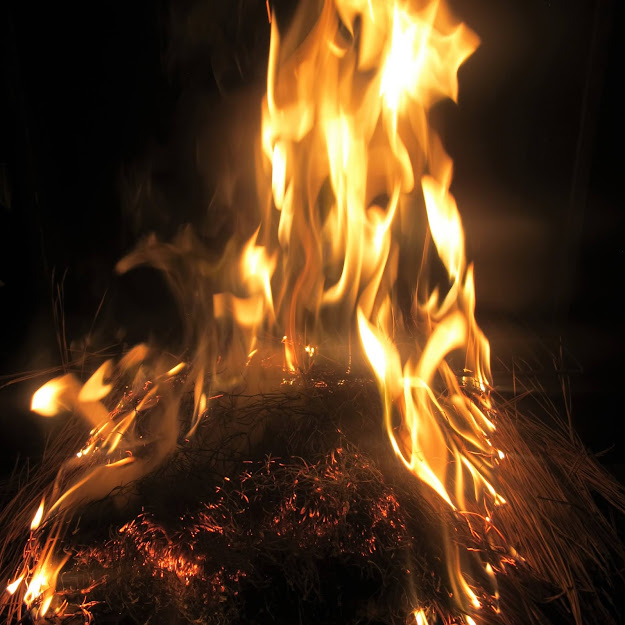 The Tour (meaning the racers… and the “writing cook”!) took a day off in La Rochelle on Monday before a totally flat stage between the island of Oléron et the island of Ré (they are both connected to mainland by a bridge) through La Rochelle.

La Rochelle is a beautiful city on the Atlantic coast which, on top of being a beautiful city where it feels good to live with its “already-a-southern-city” atmosphere, is worth a special journey for:

·    its exceptional vieux port (vieux port) and its two “chain towers”, its old shipowner houses and its fishermen neighborhood, and its plane tree shaded squares that would fit very well with those Beaudelaire’s verses : “There, all is order and loveliness,/ Luxury, calm and voluptuousness”…

·      its surroundings with islands of Ré, Oléron, Aix, the old city of Brouage kept “as was” when it was a military harbor fortified by Richelieu… before the sea progressively withdrew a couple of miles away, and the many fortifications, inshore and offshore witnessing the strategic role of the region in the 17th and 18th centuries;

·       and last but not least, the fish and shellfish caught or farmed in the area, between the islands and the Gironde estuary: oysters (the Fines de Claire, referring to the way they are “refined” in former salt marsh pools which, thanks to a micro algae, gives them an emerald color and an hazelnut taste, the best oysters in the world), mussels (the Bouchots named from the stakes on which those bivalvia are grown), sardines (from La Cotinière in Oléron), céteaux (a variety of small sole, so delicious and delicate), shrimps (the bouquet a small pink shrimp with a fabulous taste that, as a kid, I was fishing with a small round net between the rocks), langoustines (aka Norwegian lobsters), palourdes and praires (both, a type of clams with a very delicate taste and a very addictive iodine taste. Another bounty of my childhood foraging sessions ), langoustes (a lobster with no claws, or very small ones in fact, twice as good as the lobster... and twice as expensive too!), étrilles (a crab of a similar species as the soft shell crab, that I used to fish from a dam with a net dropped in the water, named balance), etc.

Well, you might have guessed that I am in love for this region. In fact, since the age of 10, I have spent most of my summer and other vacations in the island of Oléron, camping there before my parents bought a small house in a pine-tree forest 200 feet from a 5-mile long, blond, and fine sand beach! There, I used to sail, windsurf, bike, fish or forage all types of fish and shellfish... Needless to say that I know every turn and every hill (easy, there are very few of them) of the roads biked by the Tour de France racers yesterday!

Églade is probably the iconic specialty of the area. The word comes from aiguille (needles) obviously referring to the pine needles used to cook this dish really unique. Aiguillade became églade and also éclade. If the latter term might be now the most common one as this dish has become very popular in the upper class island of Ré, the first time I had it, more than 50 years ago in Oléron, this was an églade. So, I stick to this word… plus it rhymes with glad!

Show me your mussels

Making an églade is the simplest dish in the world, and probably the best way ever to prepare mussels. The only difficulty is to find the right pine needles. Then you just need a natural wood board, of a minimum thickness of 1”, on which you will dispose the mussels following a star-shaped pattern. Cover the mussels with a thick layer of dry pine needles and ignite the needles. The heat created by the flaming needles will be just the right amount to open the mussels. It's simply delicious, as the mussels are just cooked perfectly and flavored with the pine sap flavors.

* During the Tour de France, combining two of my passions, biking and cooking, I will try to present (almost) every day a recipe from ) the route followed by the peloton. 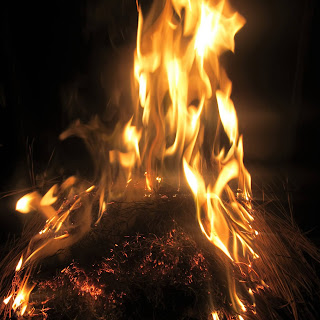 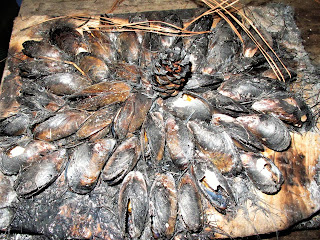 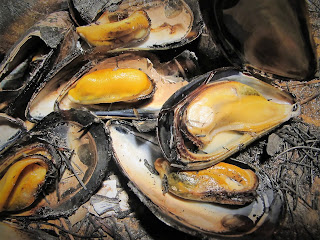