AN ANCIENT TECHNIQUE AND PROBABLY THE BEST WAY TO COOK FISH: A SALT CRUST 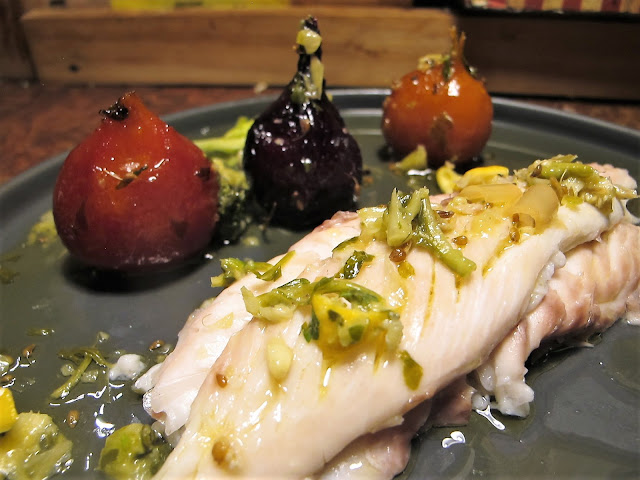 Is there any mineral more symbolic than salt? Salt is an ingredient the preserving and disinfecting quality of which, before any seasoning purposes, made it a necessity of life since ancient times in many cultures, more valuable than gold or silver. As such, it became a component of ceremonial offerings, a religious symbol and, also, a unit of exchange. Thus, the word salary comes from the Latin salarium, which is itself derived from the Latin sal (salt), as all or part of the wage received by the Romain legionaries was a ration of salt. In some countries, like France, China or India, salt trading was subject of a tax. The French salt tax was name Gabelle and is tightly associated to the history of the country, as the establishment, the increase and, paradoxically, the suppression of the Gabelle gave rise to some of the most famous rebellion and/or civil war episodes of the French history.

In cooking, salt is obviously used to preserve the food and to enhance its taste. But it is also used as an actual cooking method. By actual, I mean excluding the different methods such as curing a meat or brining a fish. Although cooking in a salt crust appears to be a relatively ancient technique, it was not that common. It is easy to understand why. Salt was a precious mineral and the quantity of salt necessary to build a crust is important. The earliest mention of this technique for meat is relatively recent (salt-baked chicken technique used in China during the Qing Dynasty), although it is said that the Mongols used this technique to cook the meat tenderized under their saddle (the famous “steak tartar”), but like for the steak tartar, it is difficult to separate the legend from the reality. The salt-crusted fish technique has been long known in many different countries such as France, Italy, Spain and China. It is mentioned in a Muslim cookbook originating from the 13th century. However, the earliest recipe found for salt-baked fish was found in the gourmet poem Hedypatheia (translated by “pleasant living” or “life of luxury”) written in the 4th century BC by the Greek-Sicilian gourmet writer Archestratus. Archestratus was somehow a pioneer of the Nouvelle Cuisine, as he was advocating ways of cooking enhancing the gustatory qualities of the cooked product. In his salt-baked fish recipe,  the fish, “a whole, round white fish such as sea bass, snapper* or sea bream that was cleaned then gutted. The fish is seasoned with thyme being inserted into the cavity of the fish prior to the salt crust encapsulating it in two pounds of salt glued together with water and egg whites”. Which is more or less the same recipe as that commonly used today!

So, today, I propose you to casser la croûte**, figuratively and literally, for what is, in my humble opinion, the best way to prepare and to enjoy fish like branzini, snappers, porgies/daurades… First thing: the fish should not be scaled, so that the scales constitute a carapace that prevents from over salting the fish and that facilitates the crust removal. The principle is to make a crust with, mostly, coarse salt, completed with flour, egg whites and a small quantity of water, to cement the salt. Thus, the fish is wrapped like in a sarcophagus. Too bad that this term is already used for the quail recipe featured in the movie Babette’s Feast!


The beauty of this recipe is that it optimizes the advantages of  most of the recipes using a crust (pastry, clay…) or a papillote. Those advantages are, at least, threefold:

1) this is very healthy, as you don’t use any fat to cook the fish, and yet, this is delicious,
2) the fish remains moist and melting in mouth, even if you cook it a bit longer than necessary,
3) last but not least, it preserves all the flavors of the fish and the aromas of the herbs, spices… associated.

* this is probably a mistranslation as the snapper is, and was not, a species endemic to the Mediterranean sea. Archestratus probably referred to the porgy, aka Daurade/Dorado.
** Casser la croûte is a French expression that generally means eating a sandwich or a snack, but it literally means "breaking the crust", the bread crust probably… 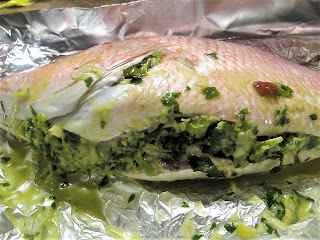 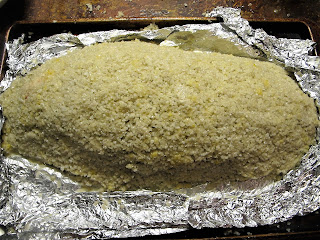 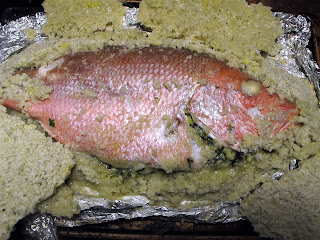 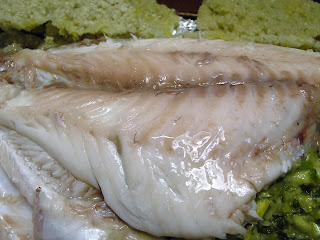 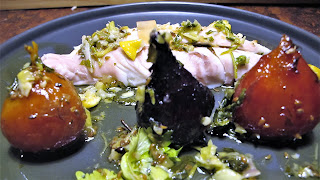 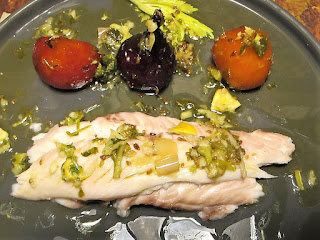