A BIRD AND A COOKING METHOD TO DISCOVER: GUINEA HEN COOKED ON HAY 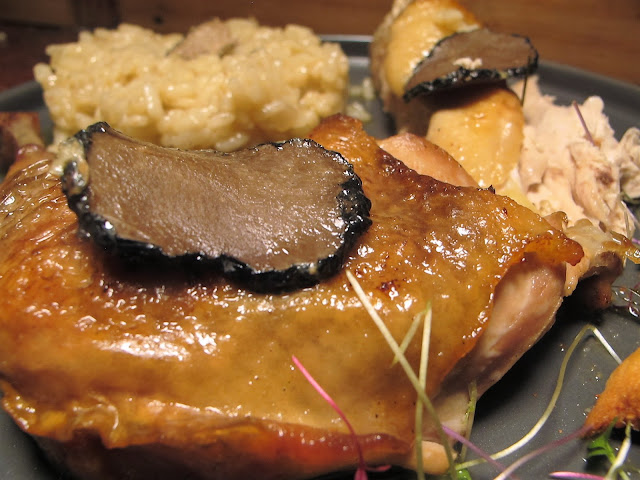 As its name partly suggests it, the Guinea hen is a bird endemic to Africa, to practically the whole continent,  where it lives and is able to adapt to a large variety of habitats, from savannas to forests, and even deserts, with the vulturine guinea hen, found in Eastern Africa and able to survive without drinking water for a very long time. No wonder then why it was a bird easy to adapt in Europe where, following the Egyptians (in some languages, its other name is Pharaoh’s hen), the ancient Greeks and Romains raised it to offer to the gods, before considering it as an ornament animal and eventually an edible bird. Outside of Africa, the guinea hen is therefore a domesticated animal, although, unlike chickens for instance, its way of living remains on the “wild side”: perching on trees, foraging, laying its eggs in hidden and changing areas…

This bird is particular popular in France, where its name pintade is directly derived from the Portuguese pintada meaning literally “painted”. A reference to its “polka dotted” plumage. France is the first worldwide producer of this bird and it is considered as a relatively fancy bird served on Sunday meals. For instance, in my family originated from the East of France, we use to serve it with, and on top of, sauerkraut.

From its origins and its persisting wildness, its meat has kept some attributes: lean, dark and having a subtle gamey taste, between the chicken and the pheasant. In this respect, this is the perfect bird for people who wish to be initiated or prepared to gaminess. This is also something to consider when you cook it, as it could be rapidly dry. No rotisserie or BBQ for the Guinea hen, but lead on pot-roasting, bacon wrapping… or like the recipe proposed here, roasted on a layer of hay in a bread-tightened Dutch oven, with as a bonus, truffle slices slid under its skin (you can also put butter)!!! 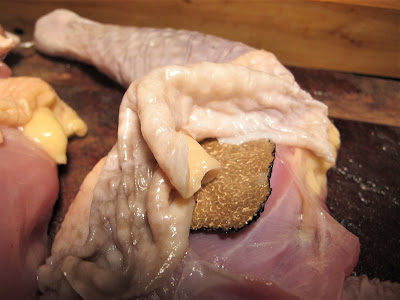 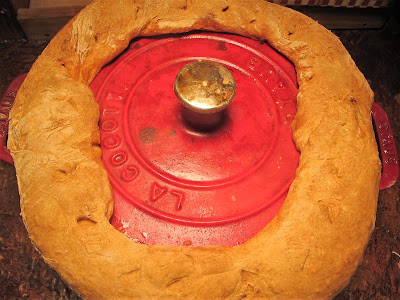 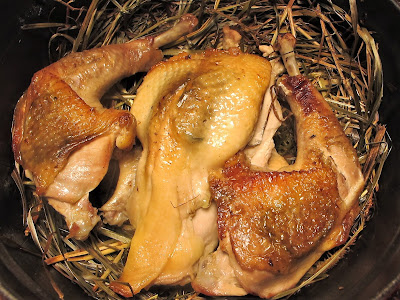 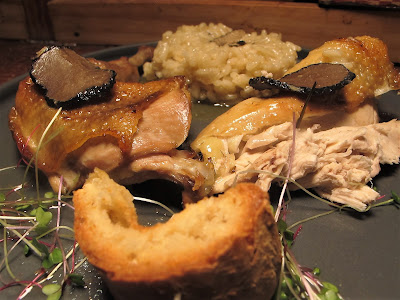