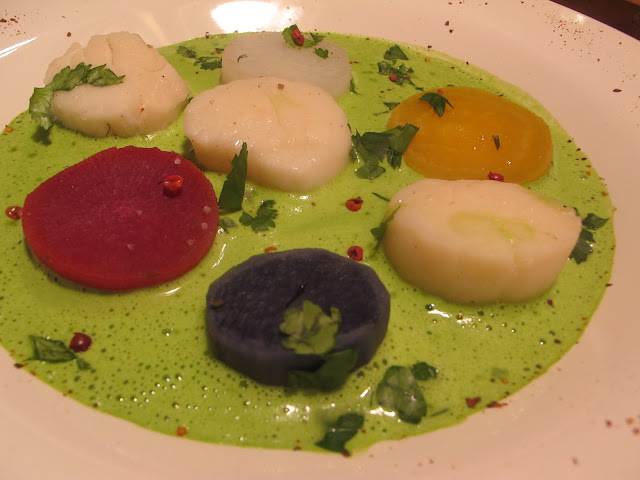 Scallop is a fantastic seafood, and let’s be honest, I am totally crazy about it. But it is true that there are not that many ways to cook it*. This is due to the fact any excessive cooking would transform the scallop in a tasteless piece of rubber. In fact, I see 4 methods, but I may forget one or two:
* By “scallop”, I exclude the bay scallop and I refer to the white adductor muscle, out of its shell, which is generally the most common way to find scallops in the US. This is just a pity because almost everything is edible in the scallops: the muscle, the roe cooked with the muscle and bringing its brightness to the picture (it is named corail [coral] in French in reference to the bright orange color of this gland in the European scallops), and even its mantle that can be cooked with shallots and white wine.


If you except the first method (i.e. raw, but it requires ultra-fresh products), I find that steaming is the method that respects the most the “tasture” (taste + texture) of the product. But the truth is that, even if you use a flavorful broth, the scallop remains rather blend. This is why I enthusiastically adopted the method of a French chef, Jean-Marie Baudic, located in Brittany, in Saint-Brieuc exactly, the cradle of the Coquille Saint-Jacques (scallop) in France.

It is to be noted that this technique could be used to steam fish (monkfish medallion or cod fillet for instance), open shellfish (clams, mussels…), or even to cook meat like chicken (I haven't tried it yet, but I will and report).

I serve the scallops with vegetables steamed the same way, and mimicking the chef Baudic (you don’t modify a winning team), I serve the whole on spinach and watercress or cilantro cream. 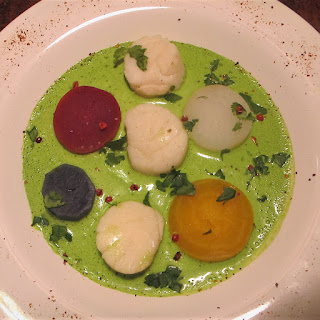 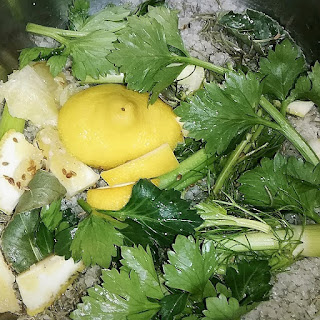 Preparation of the citrus salt:

Steaming the vegetables, then the scallop:
Preparing the “green” coulis:

This “green” coulis is made with spinach, associated with watercress (I love the pepperiness it brought to it), with an herb (here cilantro, but it could be chervil, parsley…), a spice (I made it once with Szechuan pepper, sublime), or with any other green (I never tested it, but it will probably work well with fennel greens) 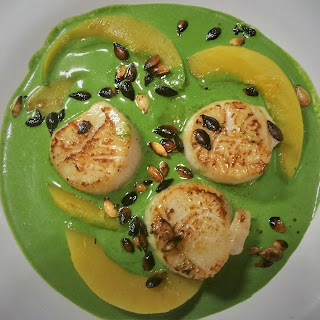 Of course, other vegetables could be used. For instance, the picture on the right features the scallops with croissant of acorn squash... featuring the scallop coral gland!  They are spread with tasted squash seeds.

What a firework of colors, of flavors, of savors!!!