A STAGE*, A DISH: TARTIFLETTE REVISITED IN A HAY AND SALT CRUST 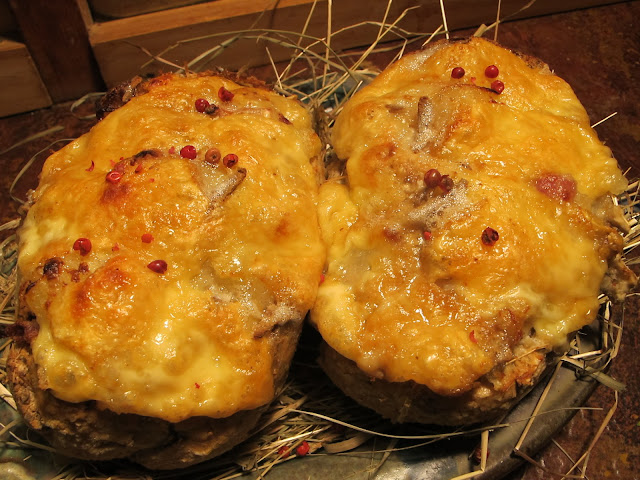 Considered as the toughest stage of this year's Tour, the racers arrived in a new spot specially built for cycling. As cars are not allowed to drive there, the rules that normally apply to a " normal"  road were not observed. The result was road laces much steeper and much more twisting that the traditional mountain roads. The Colombian Miguel Angel Lopez won the stage a few seconds ahead of the two Slovenian racers, compensation for the failure of his more famous countrymates, Bernal (who abandoned) and Quintana.

After almost three weeks of this food chronicle following the route of Tour de France, I have realized that, like for the racers, the mountain stages are the most difficult. If you set aside the brandies and the cheeses produced in the many, and beautiful, monasteries and chartreuses nested in the valleys, local specialities mostly include fruit pies and potato/cheese dishes. No exception here with this tartiflette, with a little twist yet!

A not so “traditional” dish…

Tartiflette (pronunce ​[taʁtiˈflɛt]) is a dish from the region of Savoy in the French Alps, basically made with potatoes, bacon, onions and gratinéed Reblochon cheese.

The origins of the tartiflette are a bit confused. Etymologically, it is said to derive from the local dialect word for potato, tartiflâ. Since potato is the principal ingredient of the recipe, it makes sense. It gets more complicated to determine when this dish was created. Although English language websites mention that this dish was featured in a 1705 book, Le Cuisinier Royal et Bourgeois, written by François Massialot, this was not the Tartiflette, at least as it is now known. This was probably referring to a local dish, a gratin of potatoes and onions, without cheese, named péla after the long-handled pan in which it was cooked, looking like a shovel. Péla is similar to the French pelle or to the Italian pala (before being sold to, or annexed by the French second Empire, depending on the viewpoint, Savoy was an Italian Province), which both mean “shovel”.

But the Tartiflette as it is now known, including bacon or cured ham and reblochon cheese, is very recent and appears to be a totally marketing-created dish. This proves, if need be,  that marketing may sometimes have some virtues. It was in fact invented in the 1950’s by a reblochon producer who was encountering difficulties to sell his cheeses. The paradox is that the old Savoyards first heard of tartiflette when it began to appear on the menus of restaurants in the ski stations, conveying an image of authenticity and mountain terroir.

Another version is that tartiflette was developed in the 1980's by the Reblochon professional association with the same objective of promoting the Reblochon sales. Having had tartiflette in the late 70’s when skiing in the Alps, I can testify that this version is not correct although it was disclosed by the Gault-Millau Guide.

The recipe I follow here was created/reinvented by the 3 Michelin star chef Emmanuel Renaut of the restaurant Flocons de Sel in Mégève, an upper end ski resort in the Alps 50 miles in the North of Méribel. A totally decadent dish that I doubt is served in Renaut’s flagship restaurant. That said, this potato pulp cooked in a salt and hay-crust, mixed with caramelized onions, diced local cured ham and crème fraiche, served in the salt crust shell and topped with gratinéed reblochon looked so good as soon as I saw it on a video, I wanted to (try to) replicate it immediately… with the ingredients available in my fridge. I feature below my circumstance-improvised version of this dish and, when appropriate, mention into brackets the ingredients of the original recipe by Emmamuel Renaut. For instance, I used raclette cheese instead of reblochon, which is not an aberration since raclette cheese is (normally) originated from Savoy. There are versions of the tartiflette using morbier (the morbiflette), a cheese from the Jura area, or using maroilles, a cheese from the North of France. Comté, goat cheese, etc. are also good options. I can only urge you to try it, all the more so as it is not complicated, the main difficulty being the time to cook the potatoes, depending on their size. 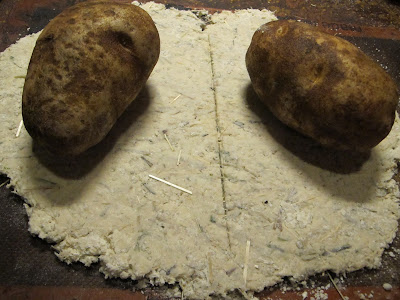 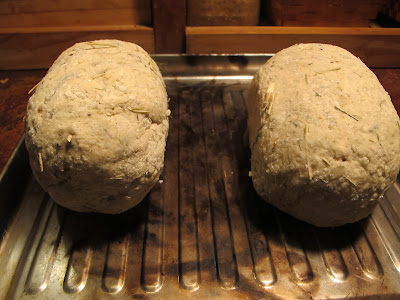 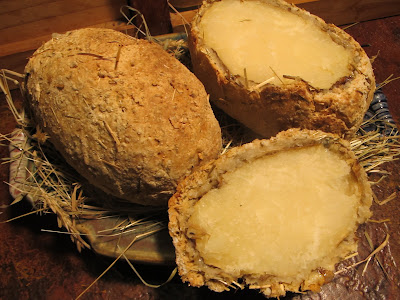 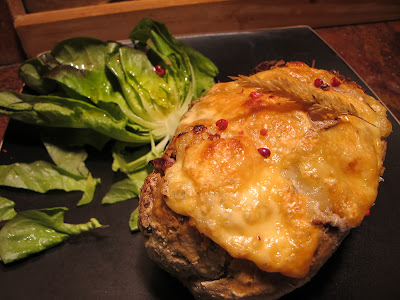 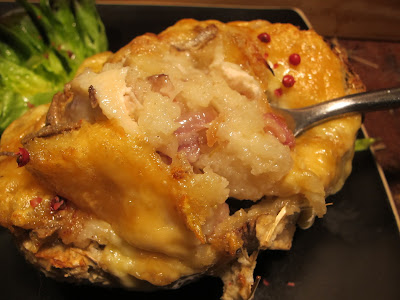