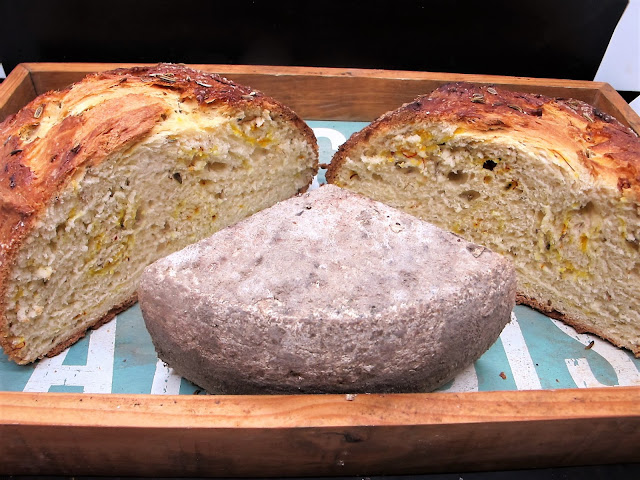 The Bescoin or the brioche with ears

Bescoin is a nice milk bread flavoured with saffron and anise, sometimes ended by two "ears" made by twisting the dough. In the past, in Savoy, it could only be found in the baker shops on August 15, for major religious celebrations or during the Vogues, i.e. the saint’s patron festivals of the Avre valley that runs down from Chamonix to Lake Geneva. The rumor had it that the princes of Savoy loved it and the recipe was then popularized throughout the region. It became a staple of wedding and newborns’ baptism feasts. It is said that the bescoin two ears gave it the silhouette of a baby in his/her swaddling clothes! It was then shared with neighbors and it could be kept several days as it is said to be better stale! For instance, part of the bescoin baked for the Assumption festival was frequently kept till August 28, the day of Saint-Guérin and the mountain herders’ patron. The way to eat it was to cut thick slices with butter or honey for breakfast. I confirm that it makes a fabulous breakfast

Savoyard pastries regularly use saffron to flavor the many Savoy’s cake specialties. The 3 Michelin-star chef Guy Martin remembers that his grandmother who used to live in an altitude farm always flavored her Savoy cakes or her riouttes with a few saffron pistils from her own production into his Savoy cake. One can even find tracks of the use of saffron and anis up to 1420 in the Savoy’s soupe grasse, one of the onion soup  ancestors so to say, as featured in one of the oldest treaties of medieval gastronomy written by the said Maître Chiquard, Duke of Savoy Amédée VIII’s “private chef”.

Although it is supposed to be a dessert or at least a sweet bread, I served mine with a Tome de Savoie cheese, produced in the same area. Superb! I also made another version, more brioche-like, and in this respect closer to the original Savoy's Bescoin, but I prefer this more "breadish" one... 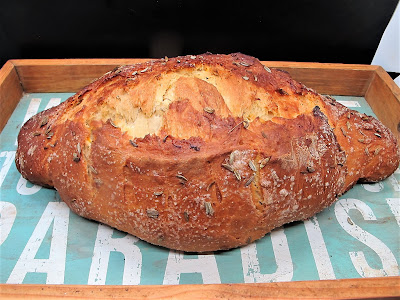 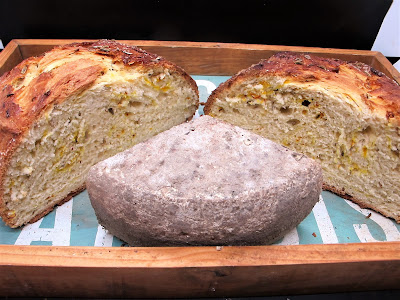