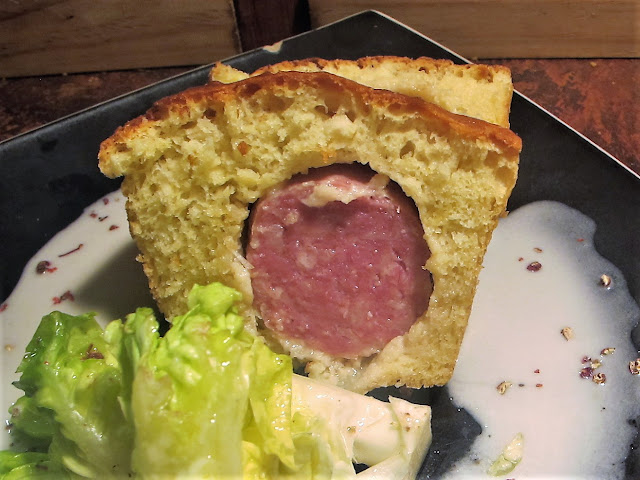 This stage was what is called a transition stage. It took place in the Jura and the Franche-Comté area, and saw a beautiful victory by a Danish racer (his second win on this Tour). The Slovenian Primoz Roglic (yellow jersey) and Tadej Pogocar (white jersey) remain respectively first and second of the general classification. All the odds are in favor of Roglic… but wait for the tomorrow’s stage arriving in “my” mountains of Vosges…

The saucisson brioché, meaning sausage in a brioche, is a French specialty, more specifically from the Lyon’s region where the sausage is often stuffed with pistachios. But this dish is not only the apanage of Lyon, as other regions have similar recipes. And more specifically Franche-Comté.

Although it is a very old region (the name Franche-Comté means "Free County" and came from the 12th century when this county emancipated from the German Emperor's power), Franche-Comté is not very well known as a region, squeezed between Lorraine and Alsace in the North, Burgundy in the South and the West, and Switzerland in the East. Its main city and capital, Besançon, is a beautiful historical city with its citadel listed as a UNESCO World Heritage Site and its old city nested in an almost closed meander of the Doubs river.

Franche-Comté is also, like its neighbors Lorraine, Alsace and Burgundy, a "foody" area, with some famous cheeses, charcuterie and wine (not too bad, huh?), and mushrooms and snails (I even discover that there is there a snail maker named... "Billey"). This is the area that gave its name to the Comté cheese, probably one of the best cheeses in the world. Morbier, this cheese with a thin vegetable ashes line and Cancoillotte, a melted cheese to eat with a spoon, are other famous cheeses from the area. Among its other specialties, there are also morels, Vin jaune (yellow wine) and the recipes combining those two, with the iconic Poulet de Bresse (Bresse’s chicken) produced near the departure city.

And last but not least, there is the iconic saucisse de Morteau (or belle de Morteau), for me the best cooking sausage in the world. What characterizes the Morteau sausage is that it is smoked with local wood dust in traditional pyramidal chimneys (the tuyés), but since the tuyés are heavily ventilated, it is not cooked, just smoked. It also has a small wooden stick wrapped around the end of the link.

The belle de Morteau could be cooked in different ways, grilled, traditionally poached in a broth with potatoes and other vegetables (a potée), in salads, or like here, in a brioche. 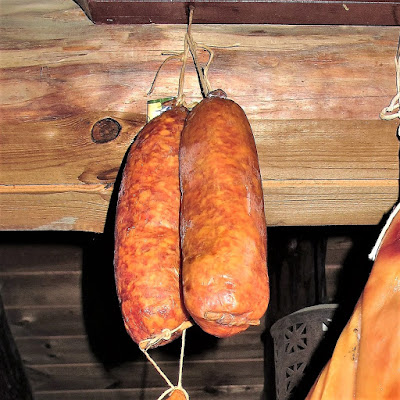 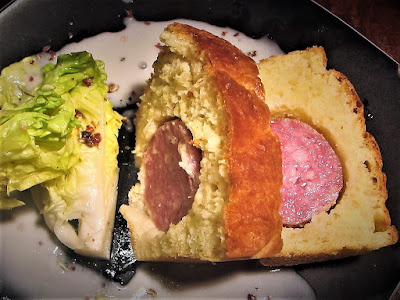