A STAGE*, A DISH: CANTAL TRUFFADE 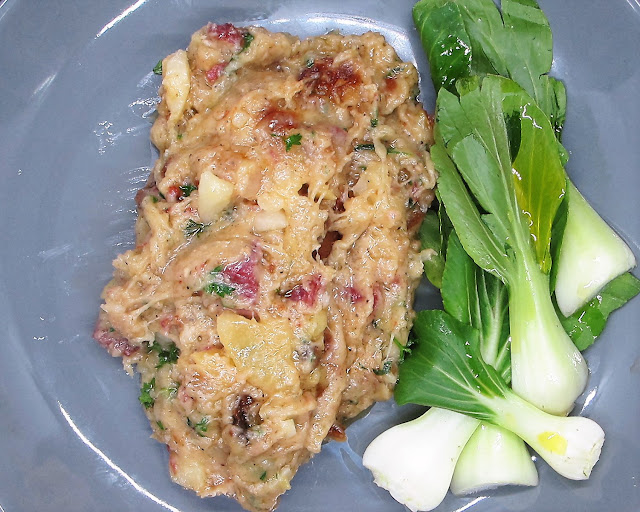 The Tour de France was in Auvergne yesterday, with a finish line on (almost) the summit of a close to 6,000 ft volcano (locally named a puy). As a matter of fact, the broader Auvergne region consists in chains of old volcanoes (the last confirmed eruption was around 4040 BCE) crossed by the Allier river, one of the European wild salmon fishing cradle. I had been often in the area, for downhill skiing, bike racing and, for professional reasons, I had the chance to stay 6 months near Clermont-Ferrand some decades ago. On top of and above Clermont-Ferrand, its main city and Michelin’s hometown, it counts some picturesque cities, such as, among many others, Brioude, Issoire, Le Puy-en-Velay, La Chaise-Dieu, Salers… Its landscapes of lakes, forests and mountains are just breathtaking. This is an absolutely gorgeous region, a paradise for trekkers, mountain-bikers, cross-country skiers… and also for cheesemakers! Saint-Nectaire, Fourme d’Ambert, Bleu d’Auvergne, Salers, Cantal… all those names are music to cheese connoisseurs… The topography and the climate are indeed ideal to breed local rustic cow breeds, like the Salers breed or a little bit more in the South, the Aubrac breed, and for the practice of the summer pasturing.

The dish presented for today’s stage found its origin in those summer pasturing traditions. At the end of Summer, the cattle herders used to gather and to celebrate this special event with a truffade. Oh, don’t be misled by the word, nothing fancy at all and in any case, no tuber melanosporum or aestivum in this dish, but just “truffas”  i.e. potatoes in the local Occitan dialect! Potatoes, cheese and possibly bacon or cured meat like in all those rustic mountain dishes: tartiflette, aligot, tofaye… In fact, the herders used what they had left after several months in altitude: old potatoes and fresh cheese from their cows! Interestingly enough, the herder community was organized on a very hierarchical way: you had, top-down, the vachers (i.e. the “chief herding officers” so to say), the bouthilliers (the “middle management”) and the bergers or pâtres (the “workers”). This organization was reflected in the truffade’s making: the bergers peeled the potatoes, the bouthilliers cooked them, and the vachers supervised the whole! Well, as far as I was concerned, I played the three roles: I peeled the potatoes, I prepared the truffade, and I supervised myself!

Like for it cousin Aligot, this dish requires a tomme, meaning a fresh cheese not yet matured. This allows to obtain  a very elastic texture: it should make strings of 1 meter high… which was not the case here as I used an entre-deux Cantal cheese, i.e. a medium-aged cheese.

And what about the stage itself? The finale wass very exciting, with a breakaway of three racers in the final climb, two Germans from the same team and one Columbian for another team who had therefore all the odds against him. He won! And two Slovenian are now first and second in the general classification. Two racers of this small country leading the GC… this is as if two French presidents were coming from the same district. Well… See my yesterday’s story! 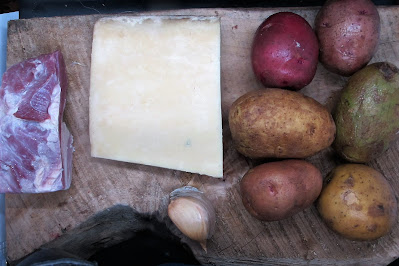 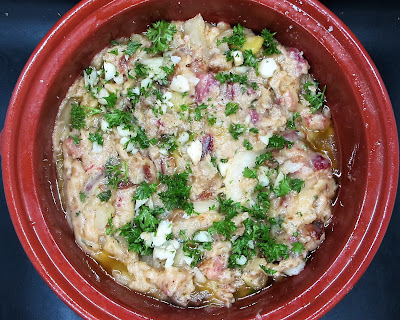 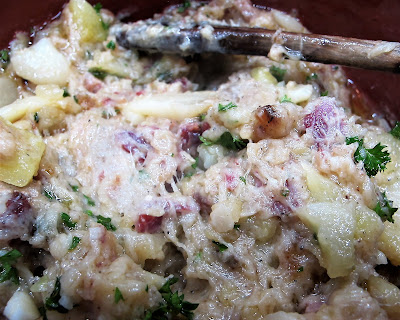 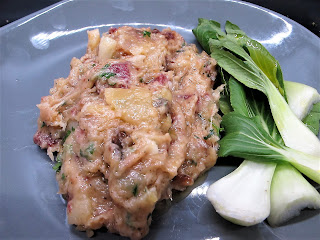