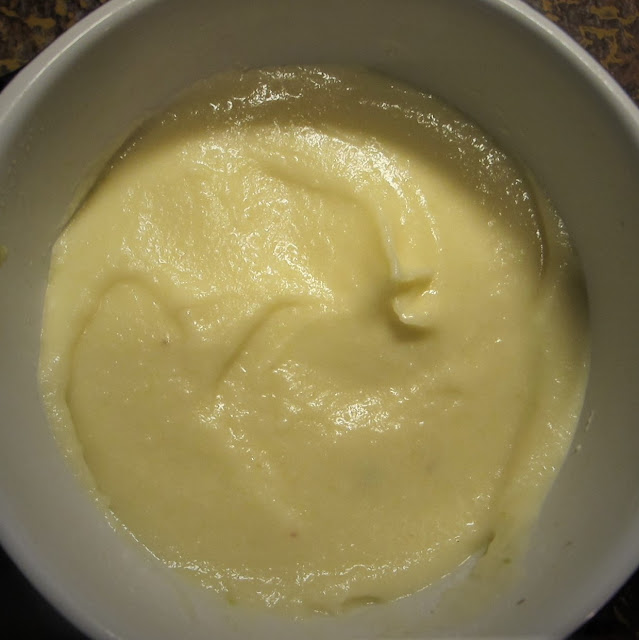 Who is the best chef in the world?
Yes, who is the best chef in the world? Difficult to say and so subjective. But you have probably a clue;). With 32 Michelin stars for all his restaurants all over the world, Joël Robuchon** is clearly one of the top guns, if not the #1. That said, what is really amazing, typically when one sees all those beautiful "32-star" creations, is that the iconic dish that introduced Robuchon as one of the most brilliant chefs of his generation is the simplest dish existing on Earth. A dish for which people were queuing up in his first restaurant, Jamin, in Paris XVI, a dish that was so good, so sweet, so creamy as many clients used to order a second one instead of a dessert, a fabulous dish that I had the chance to taste in Robuchon's restaurant avenue Poincaré more than 20 years ago...
This dish is simply a... "purée de pomme de terre", yes, mashed potatoes, just simple mashed potatoes!!! And you will tell me that of course, there are truffles, foie gras or other fancy stuff into it? NOT AT ALL. Just potatoes (OK good potatoes), (a "little bit" of) butter and milk (added progressively), plus a potato mill similar to the one that your grandmother probably had and a manual whip. That's it, and it is... Superlatives are missing.
It happens that I had the chance to meet with Robuchon (he was the guest of honor in my first Gourmet Voice festival) and I can tell you that he is exactly like his "purée de pomme de terre", the simplest man on Earth and the most brilliant chef. Sorry for the dithyramb, but I felt interesting to remind that top level cuisine is not necessarily made of fancy, expensive, exotic and/or rare ingredients.
And it can be made at home. Since this is soon thanksgiving, why not to change a "creamy" bit the tradition and make a Joël Robuchon purée de pomme de terre.
Honestly, I have tasted the original Joël Robuchon’s purée and it’s fabulous, but I was figuring out that his secret was the quantity of butter, finally almost reasonable, or the addition of crème fraîche, but there is none at all. His purée has been copied, including by other “grands” chefs. And this grands chefs thought that, because they would put a lot of butter, much more than the ratio potato/butter of 4:1,they would replicate Robuchon’s purée. I even saw a 2-star chef recommending a ratio of 1:1. Ridiculous! But since, on top and above his culinary talents, Robuchon is very keen to transmit to others, and to learn from others (I have personally witnessed this side of his personality), he gave us the secret of his purée: a 8-buck fine mesh tamis (slieve), as used for flour, that he uses to “force” the mashed potatoes through it. I first thought that the tamis might be a gadget. After you have processed the potatoes in the (finest) ricer and whipped them energetically with the addition of butter and milk, you already obtained a very smooth texture and you cannot imagine that you can get even smoother, except, of course, if you process it with an electric blender, and you obtain a “glue”!!! But I was wrong thinking the tamis was a minor tip. My first try was with a normal strainer and the result was already awesome, which enticed me to invest in an 8-dollar tamis on Amazon. Also, the first time, I used redskin potatoes, with a normal strainer as I said. Joël Robuchon uses “rattes” potatoes, i.e. a variety very similar to fingerlings. I used fingerlings then this time, with my new tamis… WOW!!!
* Purée, on top of meaning mashed potatoes, is a (here good) surprise interjection used instead of "putain", somehow equivalent to what is WTH for WTF
** Blurb written in November 2017 when Joël Robuchon was still alive.

The process is long, but simple, And so rewarding: 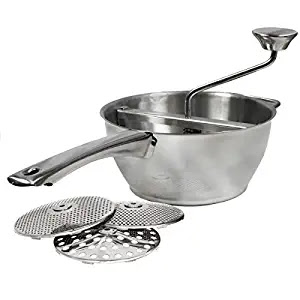 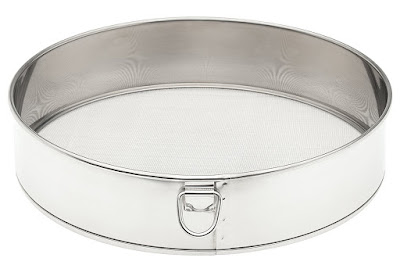 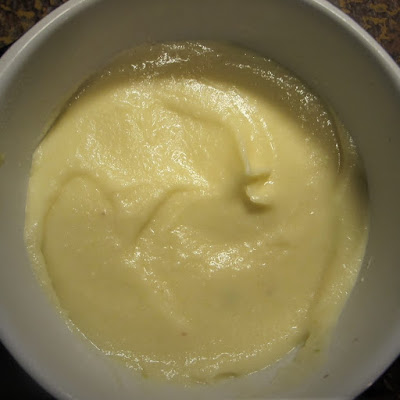 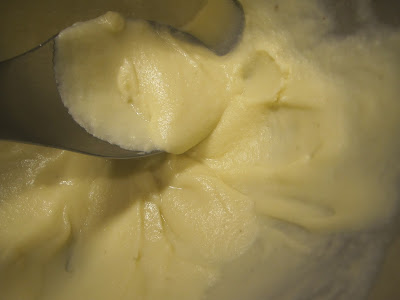 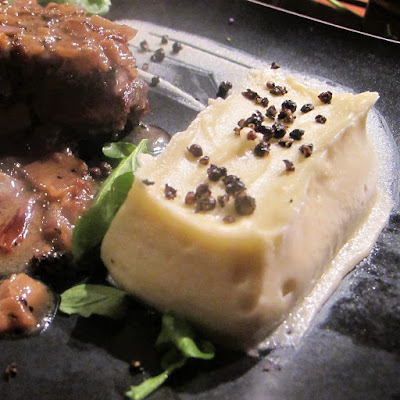