on October 12, 2019
Bœuf Bourguignon, a recipe from Burgundy 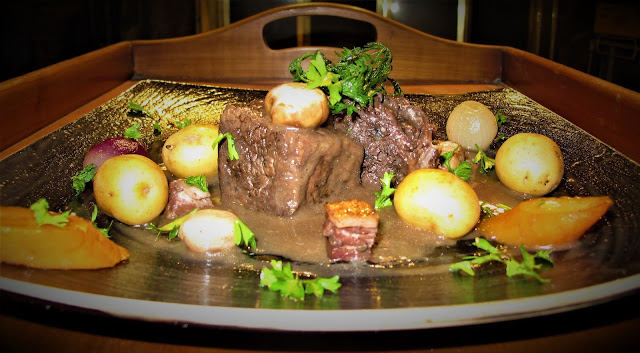 As per its name (Bourguignon means from Burgundy), this is a dish from Burgundy, hence three basic points:
Point #1, no olive oil, as there are no olive trees in Burgundy, which is in the North part of France, but neutral oil and/or the fat from the bacon or the beef.
Point #2, of course, a BURGUNDY WINE (red), a cheap one for cooking, or possibly a Pinot noir.
Point #3, Burgundy is also a very famous region of beef breeding, with the Charolais breed for instance. This dish was and still is for the housewives and home cooks a way to recuperate and recycle the cheap beef parts/cuts, a bit chewy and fat. Therefore, it requires time to tenderize the meat and melt the fat and transform it in great taste. So, time to marinate first, time to cook second, and even better, time to recook, third, as this is this kind of stew which is better 1 or 2 days after.
This is then a cheap dish price-wise and an expensive one time-wise!

You will need:
Hereafter is my "usual" recipe of the Bœuf Bourguignon that I completed with some optional and/or personal variations or improvements:

My recipe:
Some personal and optional twists:
Et voilà!

To serve in a plate, with the potatoes and covered by the sauce. Instead of steamed potatoes, it is also excellent with fresh tagliatelles for instance. Of course, it is served with a bottle of Burgundy red.
And don't forget, this is a stew, so it's better the day after. Cook it one day in advance...

you just need sugar and water... on top and above the peeled pearl onions! The principle consists just caramelize them without coloring them. Around 1 tablespoon for half a pound. One of the techniques (there are several ones) is to melt butter and roll the onions into it, then cover them with water, add a couple of pinches of salt and the sugar, and let simmer the onions till almost all the water evaporate to caramelize them WITHOUT coloring them. This is what is called "glacer" in French. Some people add vinegar. You may also wish to cover the water with a parchment paper lid with a hole in the middle so that it is more efficient. 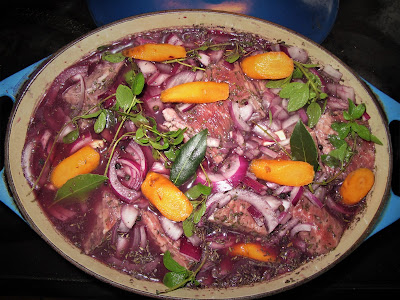 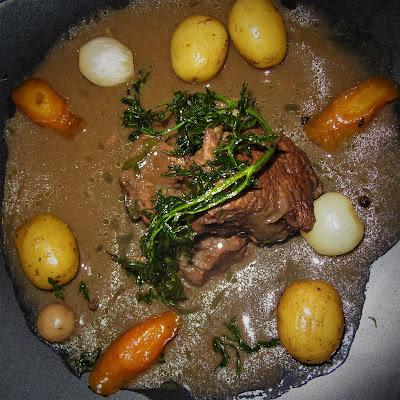 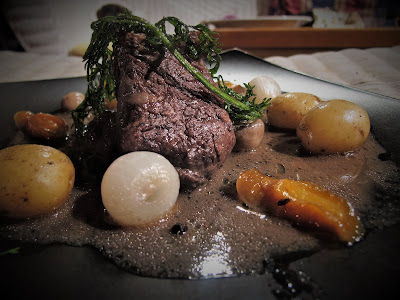