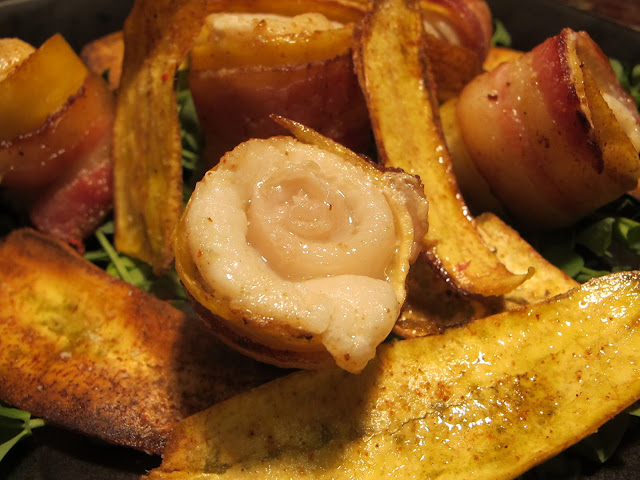 On the belly of King Dâ

The In a previous life, as I was working as a SMB consultant in France, I was sent for 5 or 6 weeks for an evaluation mission in Togo and Benin. Togo and Benin are two small neighbor counties, both shaped like a long strip with a narrow sea coast, and squeezed  between Ghana and the huge Nigeria. Those two countries are located in the center of the Slave Coast and were the points of departure of the sinister Atlantic slave trade. Slaves were captured among the rival tribes, including, as the trade was developing, the tribes from the hinterland up to the actual Burkina Faso and Nigeria. Because of this “economic activity”, those two countries were rapidly colonized, from the early 16th century, mostly by the Portuguese, then by the Germans for the Togo. Both of them became French colonies and/or protectorates, during WWI for Togo  and at the end of the 19th century for Benin (then called Dahomey, which originally meant “on the belly of King Dâ” in reference of an historic fact or a legend, or both, from the 17th century). Dahomey is also the area where the Vaudoo religion originated from… Thus, Togo and Benin are two beautiful countries with a rich history even though this history presents some dark sides.

Although I was there for professional reasons, I enjoyed very much discovering those regions, their people, their history, their arts (batik type fabrics), their landscapes and beautiful sites, including the “African Venice”, i.e. the lake village of Ganvié (see picture below), created in the 16th or 17th century by a local tribe to avoid the rival tribes capturing slaves to sell them to European traders. I should add that my mission that consisted in visiting local SMBs having received fund from the World Bank and evaluating the efficiency and the relevance of those funds was also an interesting form of industrial tourism. This was also a very interesting way to discover those countries and I met very picturesque people, but this would be another story…

I made also made some gastronomic discoveries, goat meat, manioc (cassava), plantain bananas... Among other things, I was served the latter with sole and I kept a very comforting memory of this dish, although I forgot how it was prepared. As I found some non-ripe plantain bananas (those were big ones while those I had in Togo and Benin were small) in my usual grocery store, I decided to associate them with sole fillets in the recipe described below, freely inspired by the dish I had 35 years ago… Sole is a delicate fish with a subtle non-fishy taste. Wrapping it in a roll of bacon protects its fragile flesh, while the banana slice and earthy taste isolate the sole from the too invasive bacon smokiness. 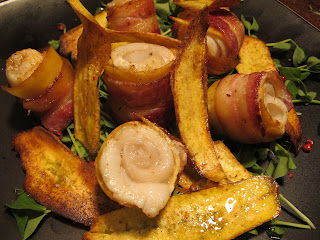