WHO SAID THAT WINTER VEGGIES ARE SAD? 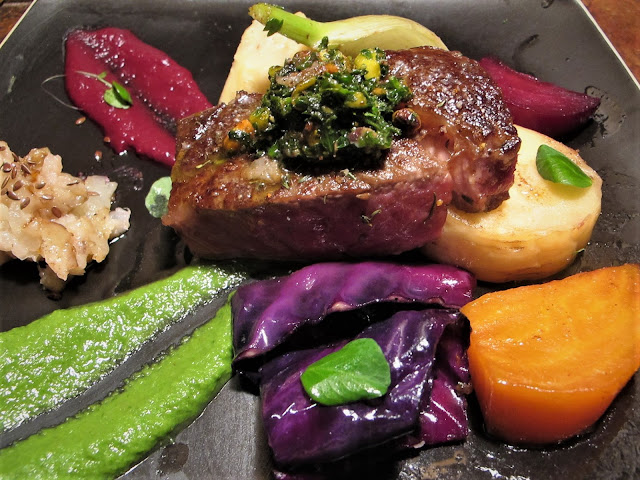 I know, one would typically says:

Delmonico steak served with colorful winter vegetables,
but here, honestly, the (delicious) steak was quite pissed off as for once, it was not the star on the plate... the vegetables were!

This is a recipe inspired by, and freely adapted from, the French chef Jean-François Piège (Farandole potagère). It is based on a few simple and succulent principles: 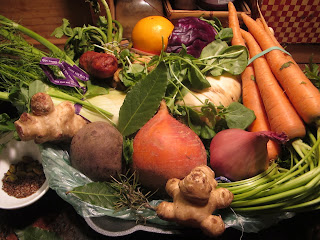 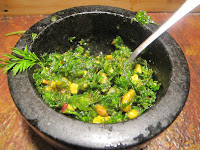 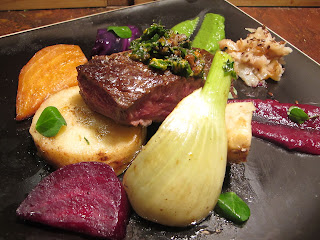 * Ah oui! I forgot, there was also a Delmonico steak, classically seared with rosemary and basted with butter. It was the perfect complement of all those colorful and tasteful vegetables. But honestly, those vegetables could have been served as a main dish by themselves. I mad a try a couple of days ago with slightly different vegetables (sweet potatoes and bok choi instead of celeriac and fennel, respectively) with just grilled pepperoni sausage "crumbs" to bring some crunchiness...
entree vegetables