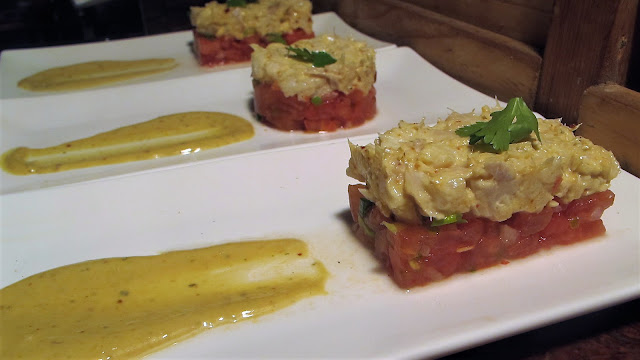 Hake is a very popular and not expensive fish in France. It is named COLIN or, on the French West coast from Basque country up to Brittany, MERLU (Merlucciidae is the scientific Latin name). The professional soccer team of Lorient, a fishing and military harbor in Southern Brittany, and also the city where I made my military service in the French Navy, is named after the fish, les Merlus. Just to underline how this fish is part of the culture and traditions of this area…

It is most of the time sold as a whole fish, either in small sizes (merluchons) or in bigger sizes up to 3-foot long. Its white flesh is very delicate and made of small flakes, which means that it could rapidly disaggregate if it is overcooked. The usual way to cook it is to poach it in a flavorful court-bouillon, with carrots, celery stem, bay leaves, onions, cloves white wine and a tiny touch of cider vinegar. When the court-bouillon starts to boil, the whole fish is plunged into it and as soon as it boils again, the pot is taken out of the burner while the fish finishes cooking gently and without being aggressed.

It is served either hot, with fingerling-type potatoes steamed above the court-bouillon and a beurre blanc (butter, shallots, white wine, possibly capers), or cold, with just a mayonnaise and a tomato salad. The latter is a typical hot summer lunch, so refreshing with a glass on Muscadet while watching the activities in the harbor… I have been aching this simple treat for many years as, for any reason, it is quite rare here in the US.

So, when the head of the fish department of my preferred grocery store called to tell me that they just receive some hake, I didn’t hesitate one second. Okay, it was already gutted, scaled, skinned, filleted… but it was firm and of a beautiful bright white… I “revisited” a little, very simply, the traditional hake-tomato-mayonnaise.

1 hake fillet of about 1 lb., chosen in the thickest part 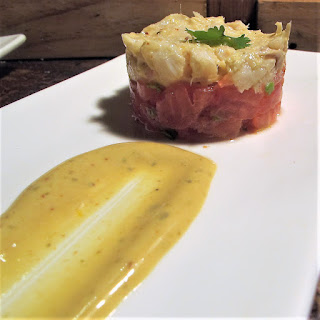 
Savor and close your eyes, you are in Brittany…