Cooking is much more...

Okay, those are the first words of the first post of my newly created and posted blog Cooking is much more than recipes. My name is Patrick Billey and... well, difficult to know where to start…

What my blog will be about first? 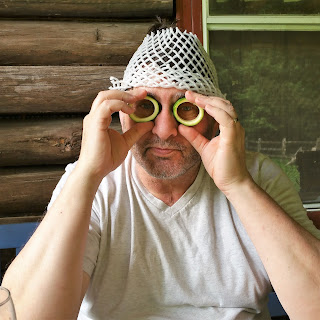 Good idea! This will be about cooking obviously. But as the title I choose, directly inspired and translated from the book of the great chef Alain Chapel -La cuisine, c'est beaucoup plus que des recettes-, this won’t be only a, and another, blog of recipes.

I will (try to) share the context the dishes I will feature. The context in the broader way, the story, or stories, behind a dish, how it was created, by whom, its evolution, its place in the History with a capitalized “H”, or in my personal story with a very tiny and humble “s”.
For instance: the bouillabaisse and its name that says everything (almost) about how to make it, the “poule au pot” and how this comfort food dish became the symbol of France’s civil reunification after atrocious war of religions in the 16th century, or how the advice of my math teacher is still helping me to cook 50 years later…

My influence in cooking? 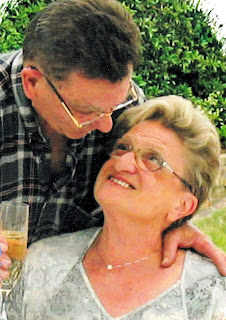 First of all, my parents (picture) and grandparents. My mom was a fabulous cook, as were my two grandmothers, and my father’s father who died too early for me to remember him… and his food. My dad, at the venerable age of 87, is still cooking and entertaining guests with his fabulously grilled or roasted meats, almost every week. And if my second grandfather didn’t cook, he was an avid gardener and what would be called today a forager. I have beautiful memories of mushroom hunting and wild blueberries picking in the woods. Thus, as many people of my generation, I had been exposed to beautiful dishes as a child, and by the way, I am blasted of how some of those souvenirs, half a century "old" in my case, are incredibly anchored in the sensorial part of my brain.

I was also, at my very humble level, influenced by some great chefs whom I had the chance to meet with, like the late Joël Robuchon, Alice Waters, Ferran Adrià, Tetsuya… or those like Alain Passard, of whom I am a great fan, and whom I discovered through his video recipes published in a French magazine. An avid “carnivore”, those videos humbly initiated me to the art of cooking and creating with vegetables.

I was also exposed, through my many travels, to some foreign cuisines, such as, among others, the Moroccan cuisine that I am very fond of.

I like to cook everything, meat, game, organ meats, fish, all kind of shellfish and seafood, vegetables, roots, fruit, eggs… but I am not a sweet guy, meaning that I don’t really make, and fancy, pastries, cakes, desserts. Given that I hardly, or very roughly, weigh, time, take the temperature… it all makes sense. In fact, I am more in the improvisation mode (I love being in front of an empty fridge and yet, being able to come with some decent dinner), or if I follow recipes, I would rather read a few of them, then put them aside and follow my own feelings, in the plural forms, as I may very well change my mind in the middle of the process. So, if you decide to follow me and look for recipes, be prepared to some “vagueness”, sometimes!

Who I am, Why do I cook, and incidentally why did I decide to publish a blog?

As you may have understood, I am from France, born in Bordeaux (I am a Pessac-Léognan, vintage 1955), but my whole family is originated from the East of France. I had lived for 40 years in Paris, and I immigrated 10 years ago in the US, near Cleveland, Ohio. Of course, all this is reflected in what I like and in what I cook and even though my post cards are not sent from France, they will often talk about French cuisine.
I cook for the pure pleasure of cooking and, mainly, of sharing with my wife, my family and my friends. I am not at all a professional cook, lacking many of the qualities required in this respect. And I decided to publish a blog, this is because some people who like my food and the way I talk about it urged me to do so. And like for cooking, I like to share, my recipes, my stories, my tips...